On 25.07.2019. at the CSRI Impulse,  Association “To preserve the woman” , noted for the 13th consecutive time the traditional Tomato Party.
The event was organized by the Floriculture and Horticulture group, headed by agronomist Rumyana Kulova and held outdoors at the Bulgarian Recreation Court at the Intergenerational Center.
Every year, the women of the CSRI Impulse carry, arrange vegetable compositions with tomatoes from their gardens and various delicacies prepared by them, with which they participate in the competition.
The jury ranked the most beautiful and delicious products.
They were awarded with certificates and gifts, all of which participated in the competition for “The most delicious, attractive and well-arranged dish” made of tomatoes.
Attendees also took part in a raffle with prizes provided by the Save the Woman Association.
The holiday continued with singing of folk songs by the impulse folk singing group and a Bulgarian choir, which led the folk dance group to the Association. There was a feast for all in attendance.
Traditionally, at the Keep the Woman Association, the Intergenerational Center hosts various outdoor activities by the CSRI Impulse Groups.
The Intergenerational Center offers a large open area, which houses the Bulgarian Recreation Court. The garden has a flower garden, benches, tables and sunshades, arbor for hot days, trampoline and children’s facilities.
In the summer months there are celebrations, birthdays, activities of the CSRI groups and fun games with children.
Three generations under one roof teach, create and have fun. 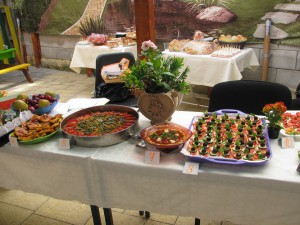 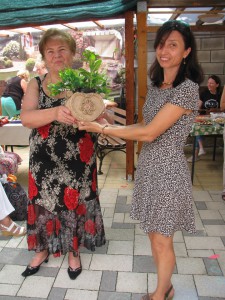 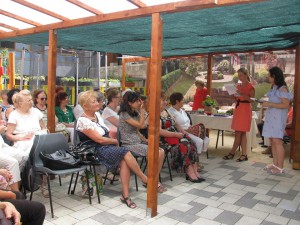 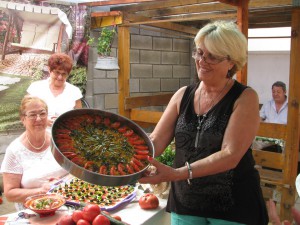